It's a PC recreation of an old cellphone game "Bluetooth Biplanes"

(originally developed by Morpheme Ltd. in 2004)

- Sounds and sprites can be modded

Written in C++ from scratch using sprites from original game

The main purpose of this project was to recreate original feeling of game physics and make playable multiplayer, so singleplayer features aren't included.

We also have a game page at itch.io

How to build on Linux :


Assets folder should be placed next to executable

If you already have SDL2, make sure it's 2.0.10 or newer.
Older versions have Windows-specific bug which may cause movement lag.

Instead of compiling with default Code::Blocks MinGW compiler it's recommended to use newer MinGW-w64.

If you want to launch game on different PC you also need to provide libwinpthread-1.dll from mingw32/bin

6. Make sure that 'assets' folder is placed next to executable.

7. Launch game and try to defeat somebody! 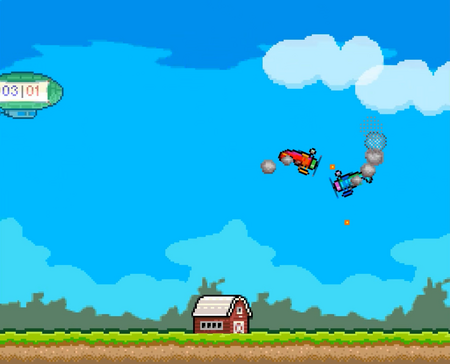 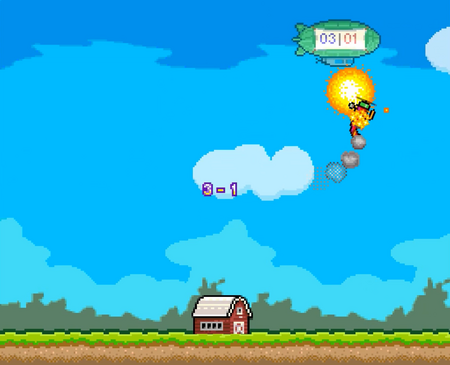 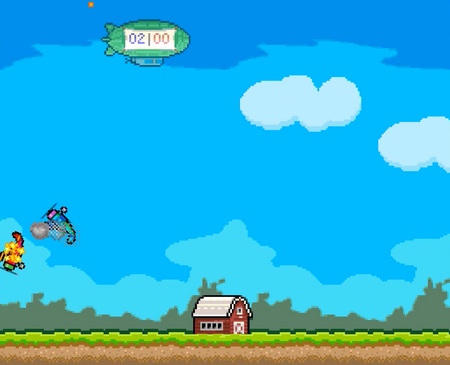